Domel was one of the winners at the today’s presentation of national awards conferred by the Slovenian Chamber of Commerce and Industry (CCIS) as part of the Innovation Day held by the CCIS under the slogan “NEW INNOVATIONS, NEW REALITY”. After receiving the regional golden award, the company’s completely new water pump concept for cooling battery packs and propulsion motors in electric vehicles also received the golden award at the national level.  CCIS’s national awards for innovation are the country’s highest accolades for the innovative achievements of Slovenian companies and other organisations, and thus promote innovation in Slovenia.

The MP 150 pump is designed to operate in a cooling medium, a mixture of glycol and water. It was developed to be used in e-vehicles for long-term cooling of battery pack and propulsion electric motors. The completely new pump concept and their innovativeness is confirmed by Domel’s customers. Their specifications exceed the most stringent requirements imposed by the manufacturers of e-vehicles. We are delighted that vehicle manufacturers (OEMs) have recognised the product as very innovative and marketable, and that our planned production capacities are already fully allocated. In this way, we are actively involved in the development of a new generation of electric vehicles.

Congratulations to all who took part in both innovations. 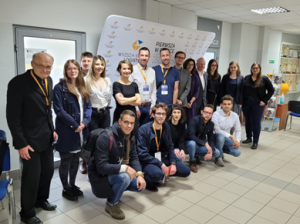 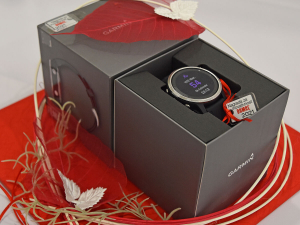 About Domel
We've presented awards to the best innovators of 2021

The theme of this year's award ceremony was very topical: sustainable development.

About Domel
For the World without plastic bottles. Because plastic is not fantastic.

Our mission is based on social responsibility and sustainable development. We are aware that living in a healthy natural environment is our wealth, which we want to preserve through sustainable operations for our employees, who return to the company's location every day, as well as for the wider local environment. A clean and healthy environment is a real treasure, but it is also becoming increasingly rare. 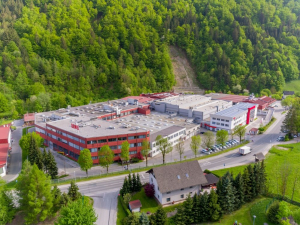 Domel has manufacturing plants in six locations: four in Slovenia, one in Serbia and one in China. In about a year we will be cruising the streets on “Dreem” electric kick scooters, which will be powered by innovative Domel in-wheel motors with permanent magnets. And when riding them, we will be using impact-absorbing smart helmets.

We work with global giants

From kitchen blenders to big names in the automotive industry

Receive Domel Today and blog updates directly into your mailbox.

SELECT ALL AND CLOSE Save and close